The Braves jumped all over Cliff Lee, knocking him out in the fourth, and despite an epic case of Hibernation Mode it held up.

The Phillies took the early lead, actually. Tim Hudson gave up singles for the first two men of the game, and runs on a sac fly by Ryan Howard and a single from Ben Francisco. In the second, an error by Alex Gonzalez helped lead to an “unearned” run scoring on a groundout by Shane “Burn In Hell” Victorino. 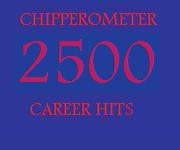 But the Braves came right off the mat and tied it up in the bottom of the second. Heyward tripled to lead off, and AAG followed with a double. Freeman singled, and Prado hit a ground-rule double to make it 3-2. McLouth grounded out to tie the game.

After a scoreless third, Freeman was hit by a pitch leading off the fourth. Hudson couldn’t get the bunt down, but Prado and McLouth singled. Chipper‘s 2499th hit was a double off the glove of Burn In Hell, clearing the bases. It appeared he could have scored on McCann‘s following single (which chased Lee) but Snitker held him up, and the Braves wound up leaving the bases loaded. They didn’t do much of anything after that — in the sixth and seventh, Phillie reliever Antonio Bastardo struck out six Braves in a row after allowing Chipper’s 2500th hit.

The Phillies had a golden chance, thanks to some shaky defense and umpiring, to get some runs in the fifth, but the Braves got a 1-2-3 double play from Howard to get out of a bases loaded situation. After that, Hudson was great, retiring eight in a row before a two-out double in the eighth. Venters came in to get the last out, and then Kimbrel finished it off for the save.